Looking for a last minute warm water escape in June or July this year? There are still a few retreats left on our summer calendar and we are offering last minute special deals if you’d like to join us. Email holly@surfwithamigas.com for info and click play below for inspiration!

Surf With Amigas is for all ages, all surf levels, all body types. No matter where you’re at in surfing – from a first timer who is terrified of the ocean, to a longtime surfer who wants to do bigger turns – we’re here for you! There are fun waves, cute waves, challenging waves, and everything in between. Come see!

“It’s not the destination its the journey”.

You may have heard the saying “its not the destination its the journey”. It has always kind of annoyed me because the journey normally means long plane rides, delays, layovers, canceled flights etc., and I just want to get to the destination already and skip the “journey” part. But, it doesn’t have to be that way at all. It’s good to think of the journey as an adventure and wherever I end up, even if its not the place I had intended to go, as the destination.

My latest surf adventure was by boat with 3 girlfriends, a cooler full of beer, a comically large quiver of surfboards, and a desire for right hand point breaks. We left not so bright but very early (4am) and loaded up the boat with all of our boards. We brought long boards, mid length boards and short boards. The great thing about traveling with a boat full of women is that we are always prepared with stylish surf costumes, which explains the plethora of bikinis, leggings, rash guards, surf hats, and some surf sun glasses. Oh, and just in case, the snorkel mask and fins.

Some might think the SWA instructors have the best job in the world. They spend a couple of weeks helping Amigas get the waves of their lives and then have a week or two off to party, surf, and play. Some might be right!

On a week off in early December, the waves ended being small, clean, and tubular. The Amigas staff were posted up at Hotel Chancletas and between surf sessions spent some time with new friends in a daily pool party. Here are some photo highlights from the week courtesy of Rick Briggs of @DondeX photography. 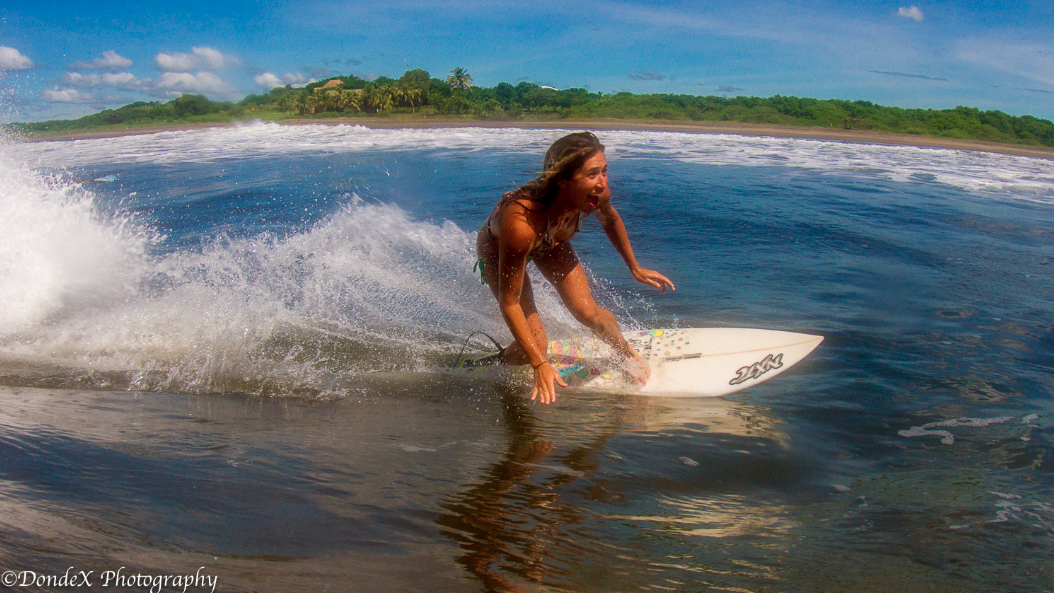 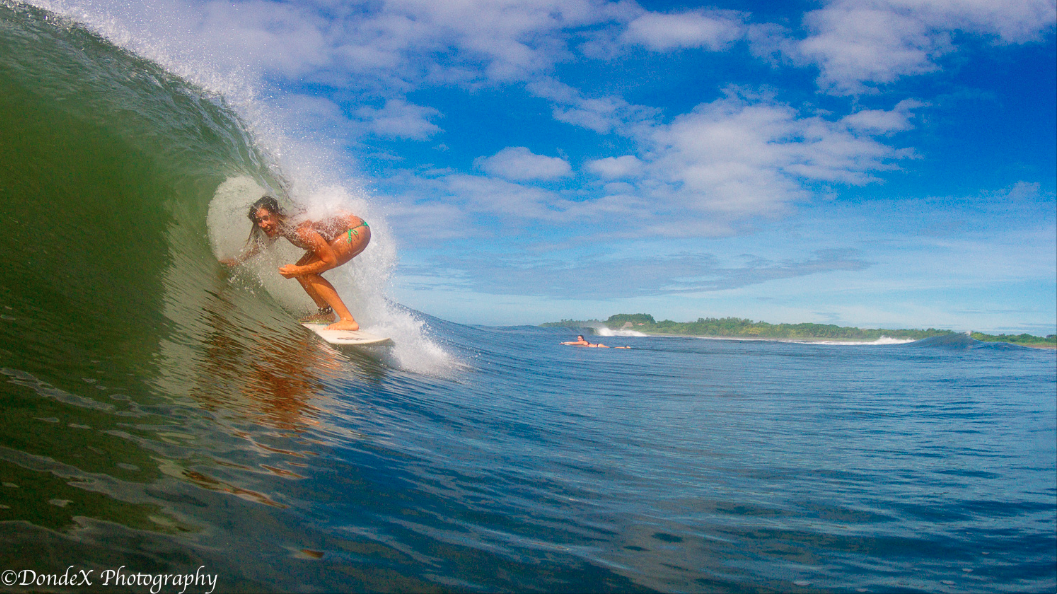 Kinda awkward when your head gets barreled but your butt gets left outside the tube. Ha ha! 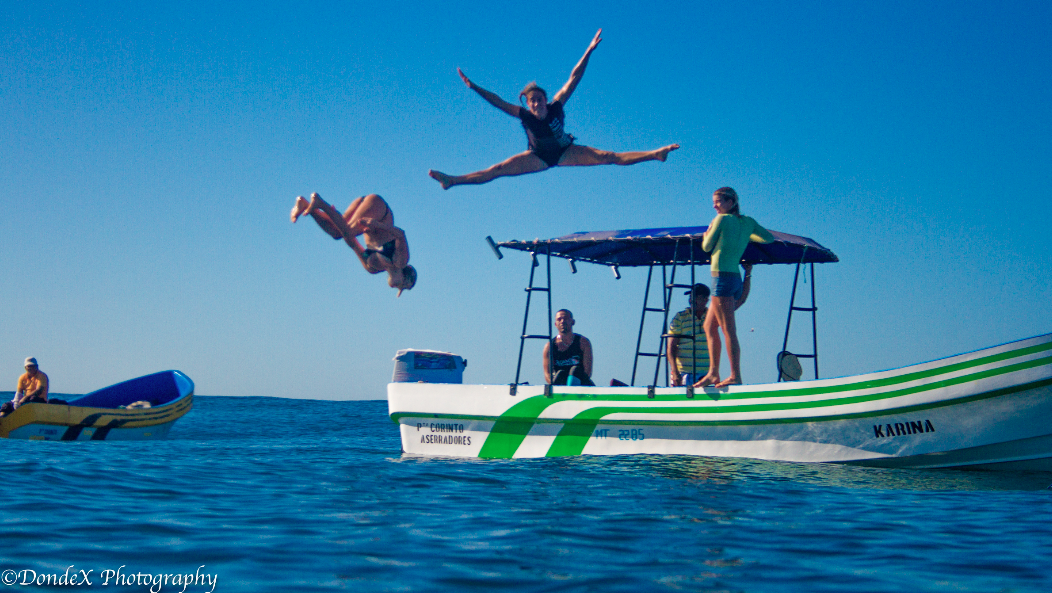 One day when the waves were small, the girls took a boat trip to a river mouth around the corner, and girls did what girls do…. jumped off a boat for the photo. 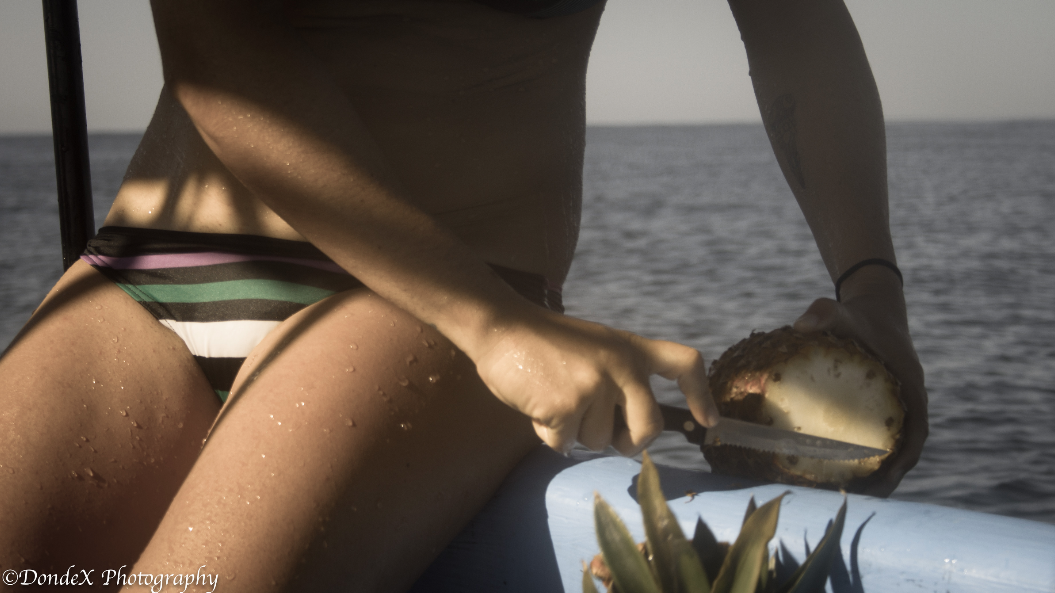 Michelle rarely goes surfing without having a pineapple waiting for her on the beach or in this case, the boat! 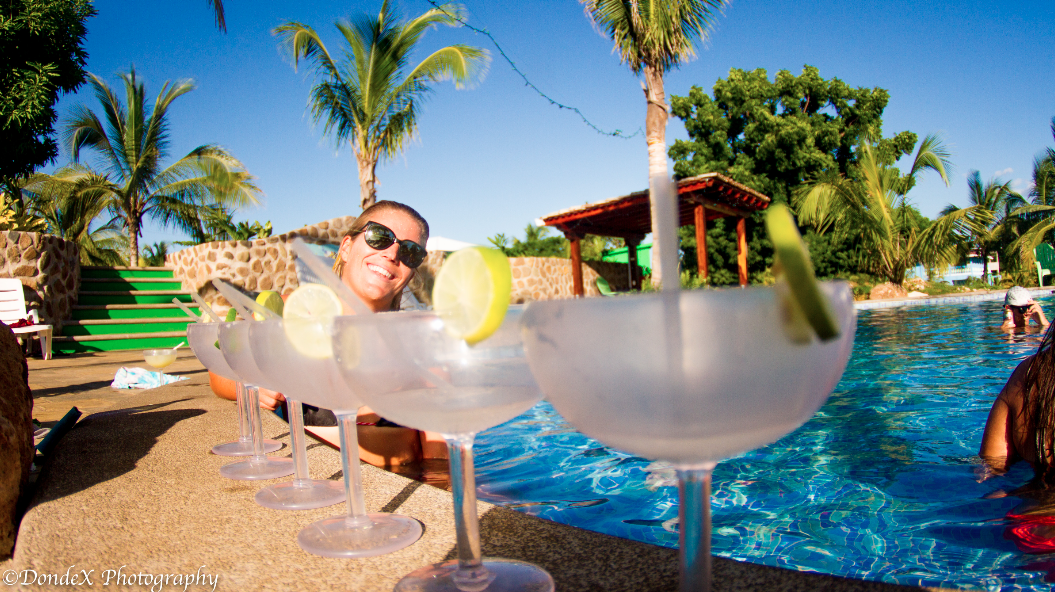 Afternoon pool parties are a must! 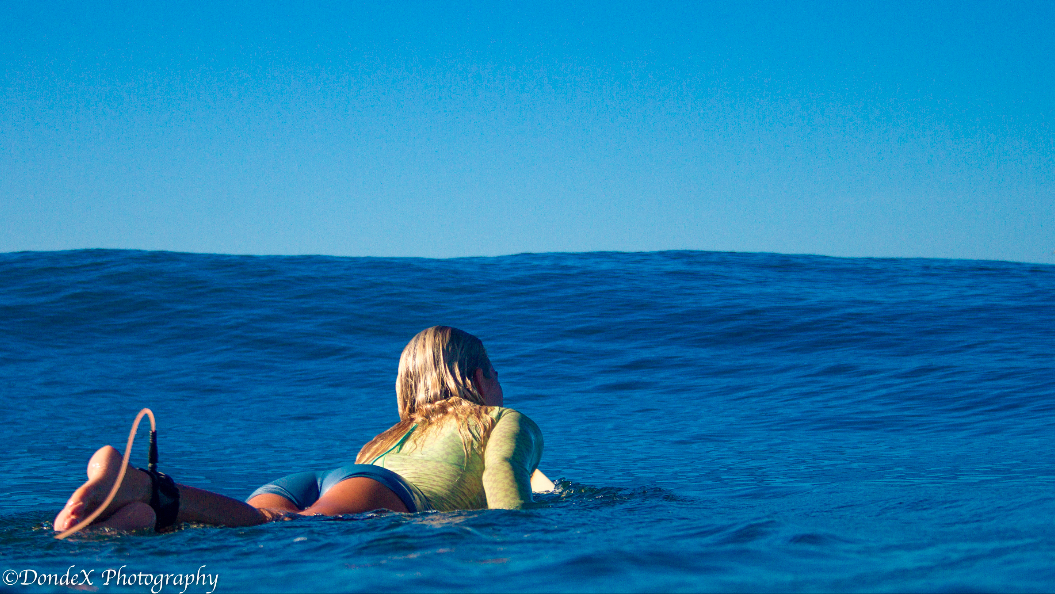 Chloe paddles out at the river mouth. 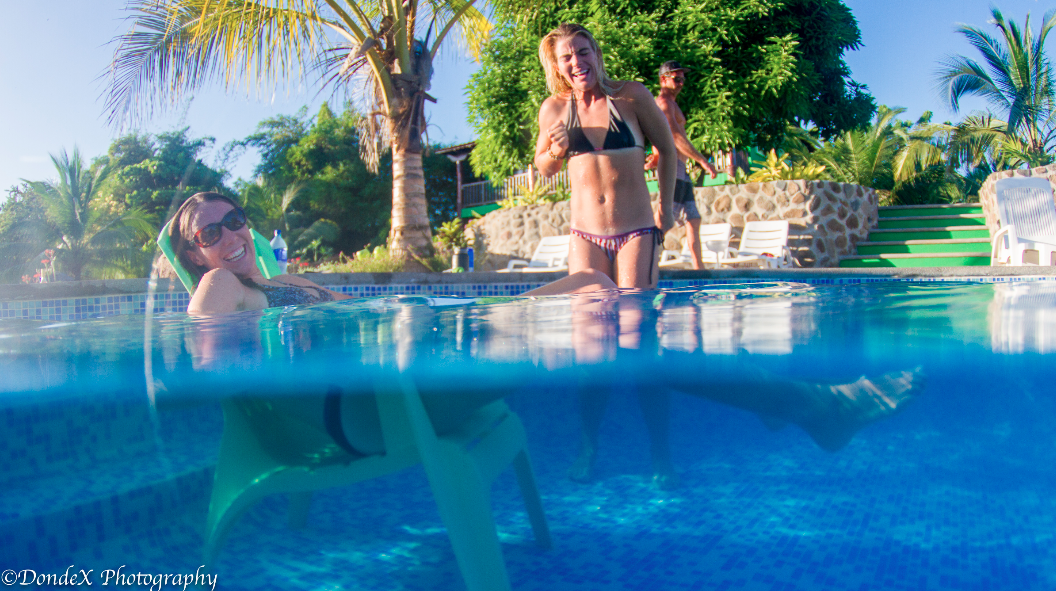 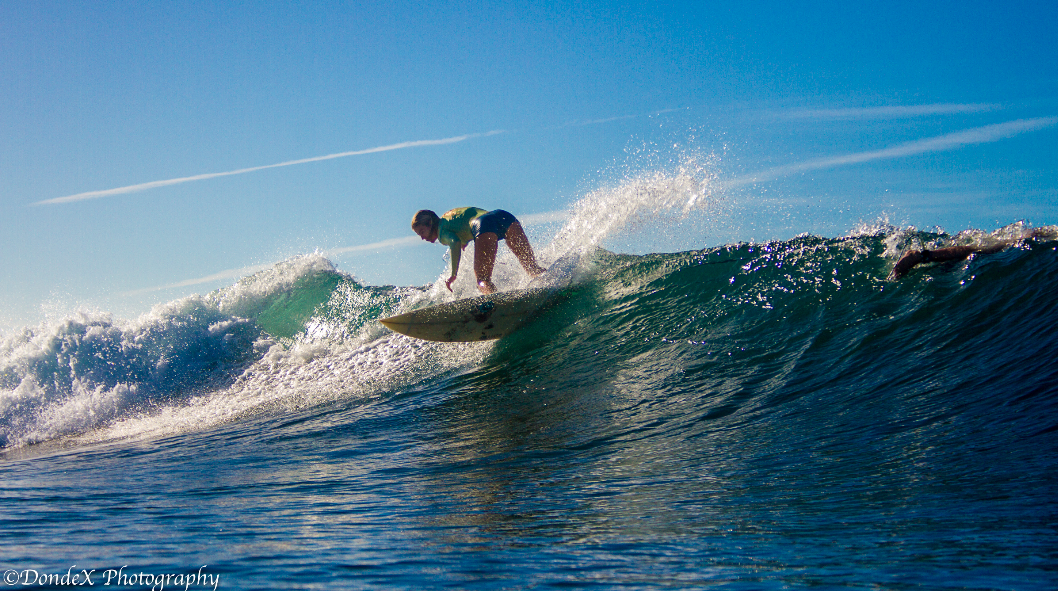 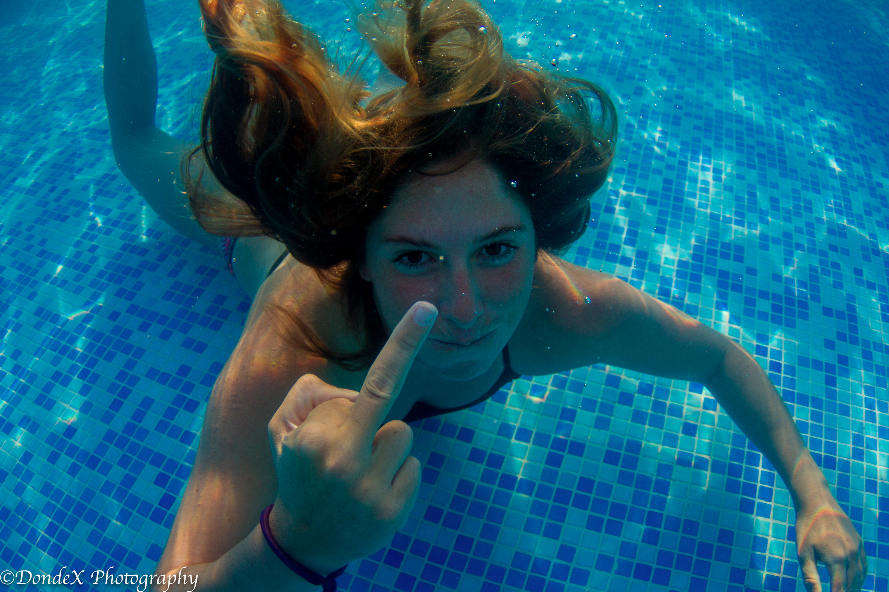 Emily didn’t get any good tube shots even though she is actually an awesome tube rider. This is how it made her feel. 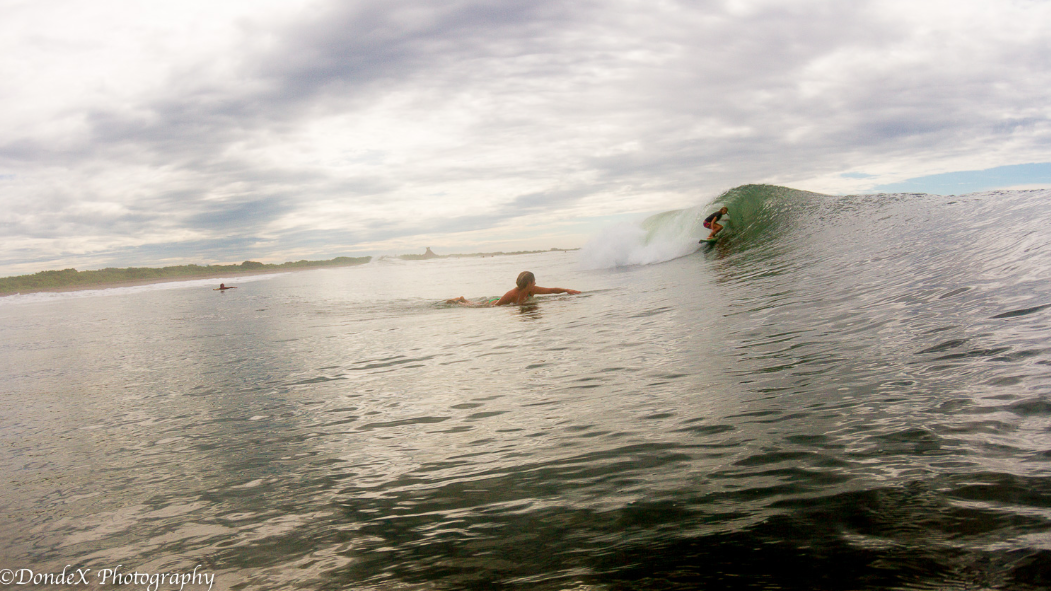 On weeks off, Holly usually goes into hermit mode getting work done on the computer and hanging out with her little girl. But when the waves are hollow she may sneak out and grab a view.

Jackie has been working hard on her tube riding skills. It’s paying off as she scored the best photo of the batch. YEW! 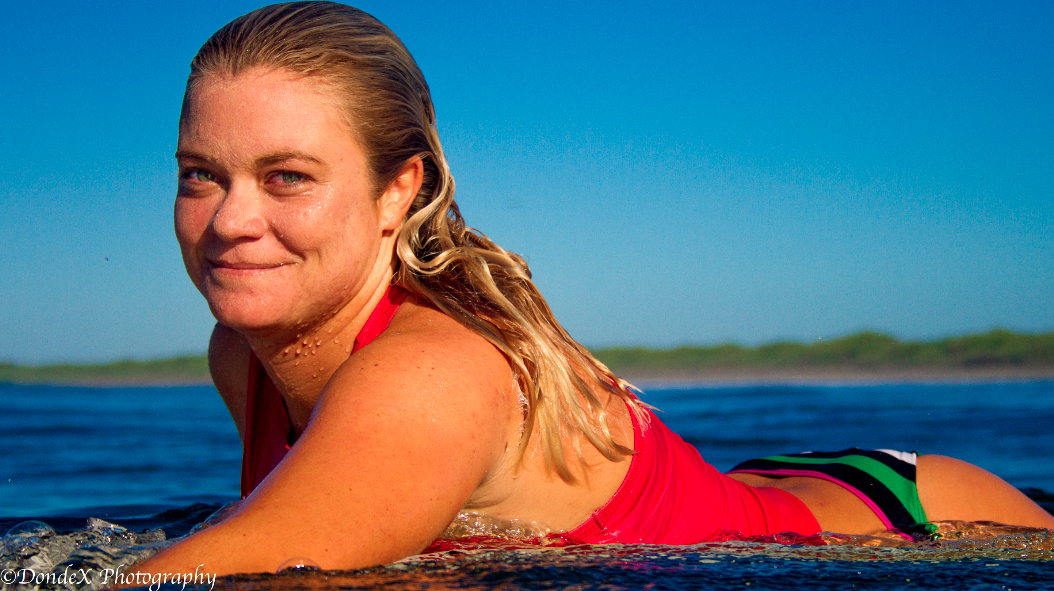 Michelle aka “Grom” is probably the most frothy of the bunch. 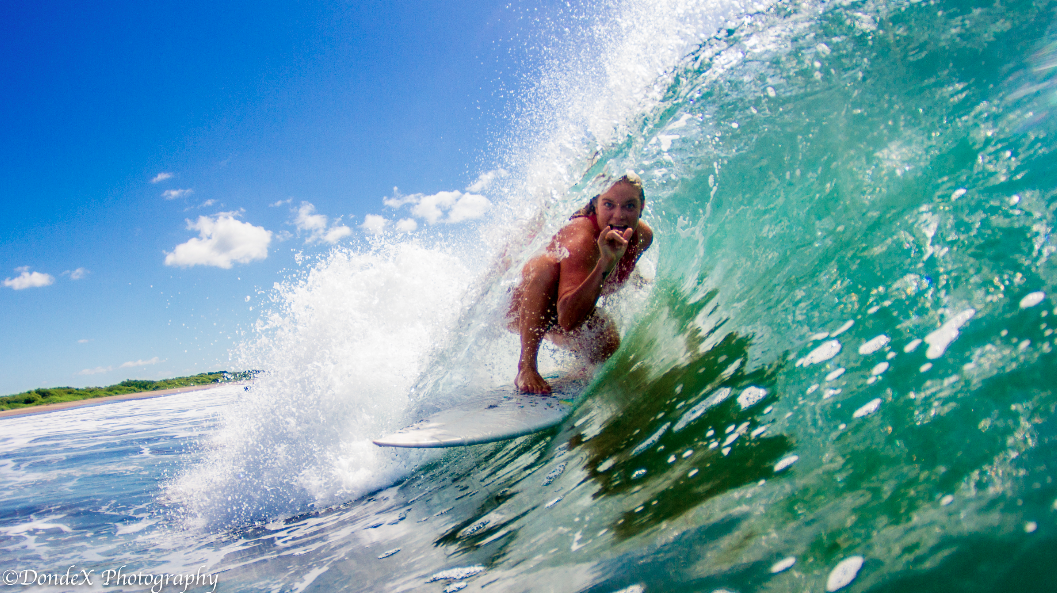 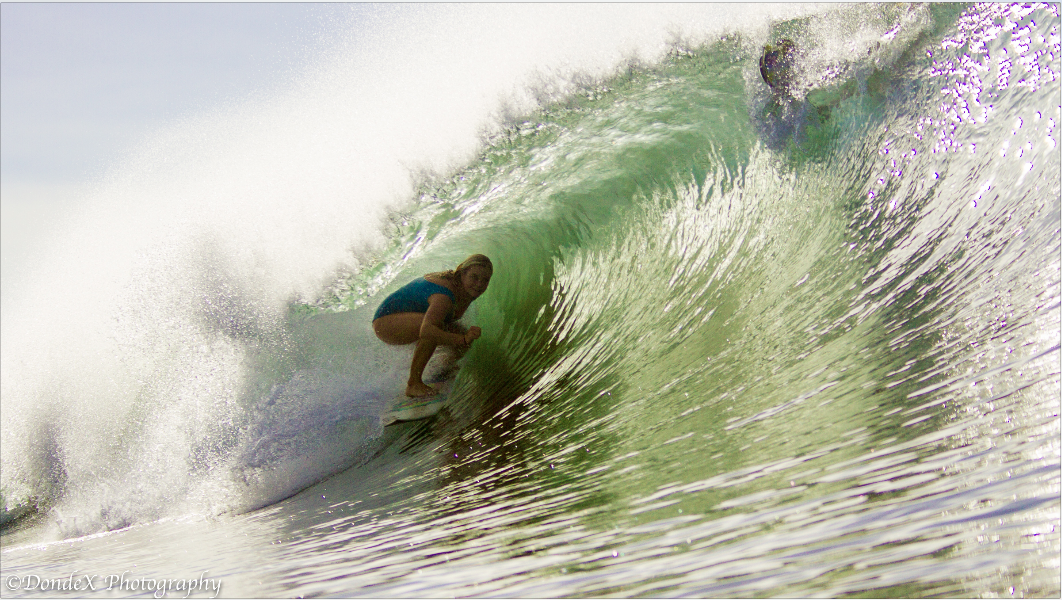 She has also been working on her tube riding. Nice one! 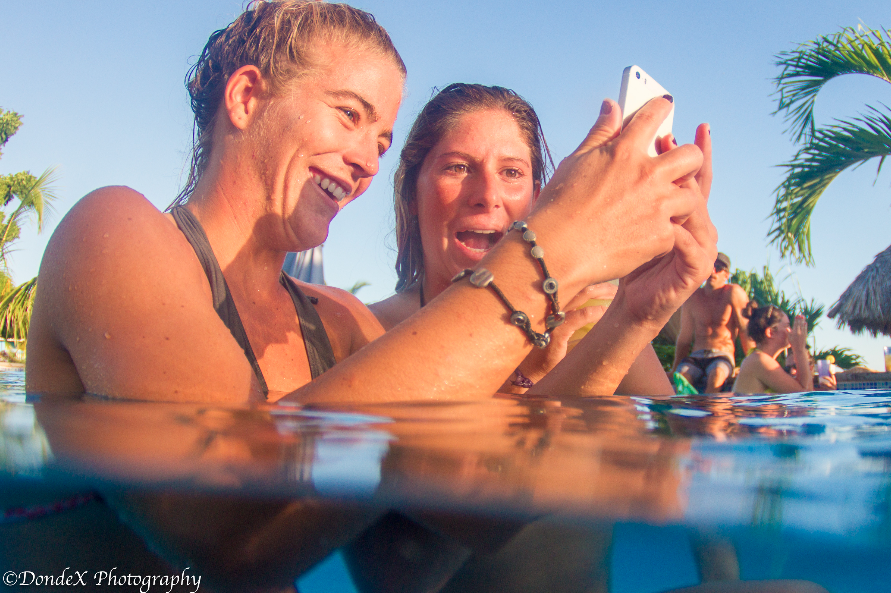 The girls compete for “likes” on Instagram. Looks like Chloe just pulled ahead! Better get some more tube shots, Em-dawg! 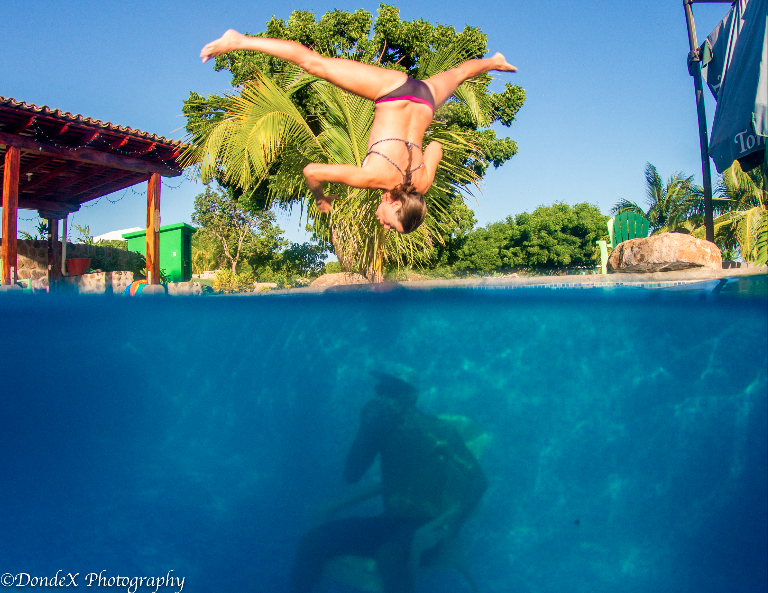 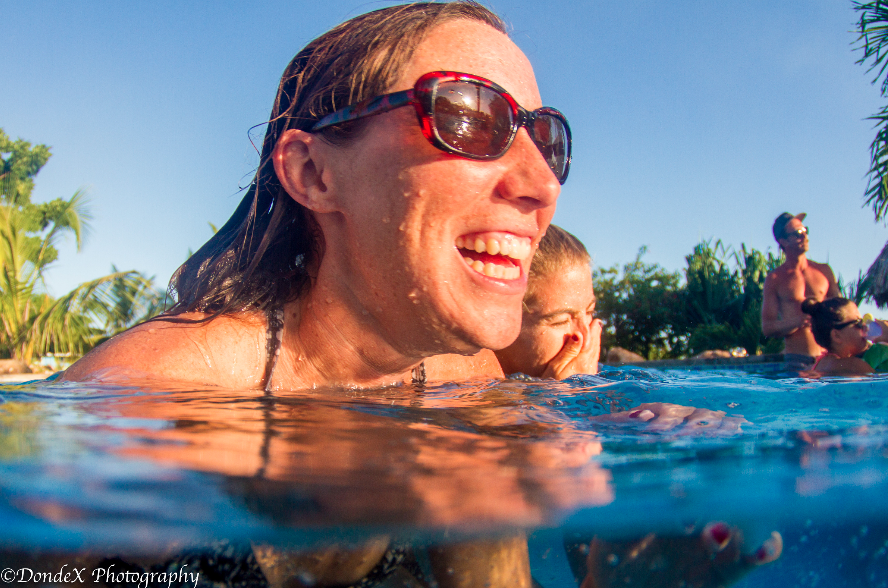 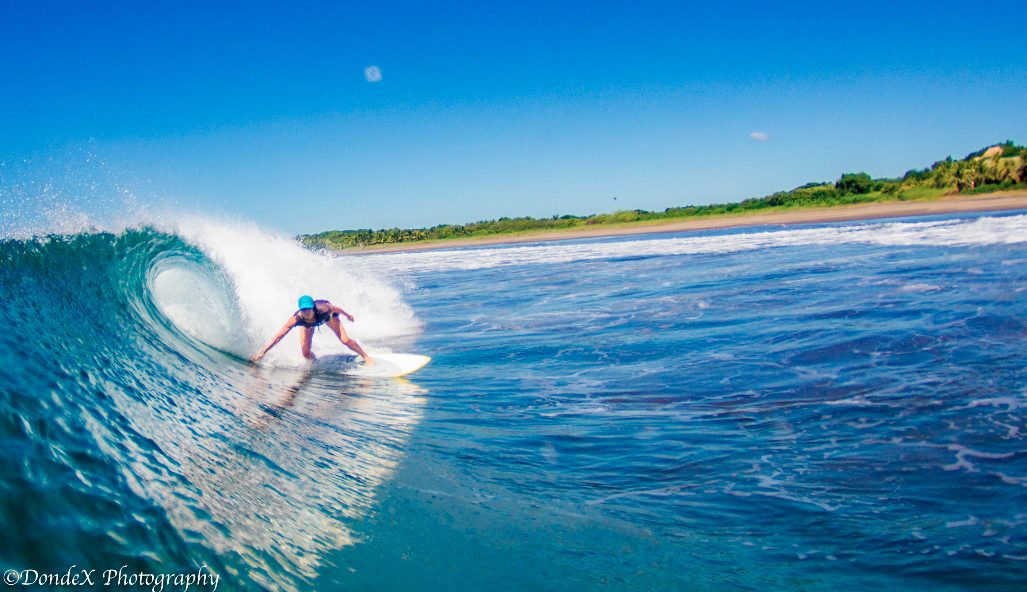 Reesie has been seriously stepping it up in the surf lately. Sick shot Amiga! 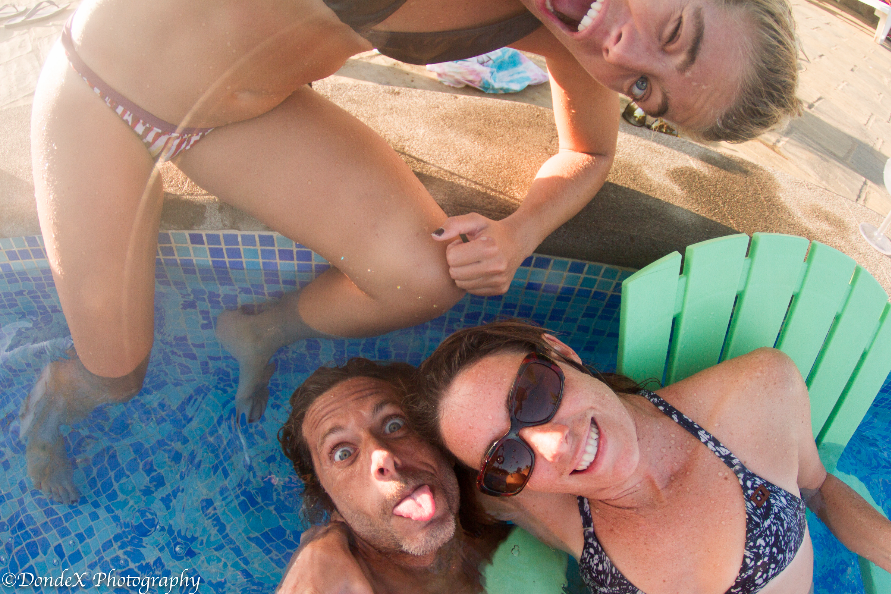 We had our most shredding group of Amigas in North Nicaragua ever and decided to reward their ripping with a sunrise boat trip to an island secret spot.

Anybody interested in an intermediate to advanced level surf trip in the Maldives?

for an all girls trip….

The trip would involve cute-yet-tubular surf,

and settling into life on a boat,

in the ocean full of beautiful waves,

Check out this video of Holly on a boat trip in the Maldives: