Yep, that’s right. We’re headed back to our original stomping grounds in Northern Nicaragua with a variety of Surf & Yoga Retreats on the schedule from Nov. 2020 to Mar. 2021… and we’re stoked. We’ve already begun dreaming of volcano scattered backdrops, warm waves, dirt roads, and reggaeton!

Surf With Amigas originated back in 2010 in a small village in Northern Nicaragua when SWA Founder and former pro surfer Holly Beck was drawn to the idea of sharing the empty beaches, perfect waves, and slow pace of life with other adventurous women who wanted to surf. Apart from the obvious reasons why a place like this is any surfer or traveler’s dream, the local community has always made it extra special to SWA. Unfortunately, the political and economic issues that transpired in Nicaragua in recent years have put small villages like this one in a rough place. Simply put, less tourism = fewer jobs, so as we shift back into hosting our Surf & Yoga Retreats in Nicaragua, we’re especially committed and really stoked to help our local friends in the community along the way.

Interested in joining Surf With Amigas at one of our Surf & Yoga Retreats in Northern Nicaragua Nov. 2020 to Mar. 2021? Check out the retreat highlight video below or click here to learn more.

A few times a year we offer co-ed experiences so couples can come down and join us.

We just wrapped up an amazing co-ed retreat at one of our favorite locations in Northern Nicaragua. This time around we had three returning guests bring their menfolk and one pair of man friends. We scored awesome offshore waves which is typical for this time of year, and uncrowded surf sessions.

This was a really special week with an amazing cast of characters who were super fun to hang out with and were sending it in the water. Wipeouts and silliness abounds.

We just posted dates for next season for December and January. 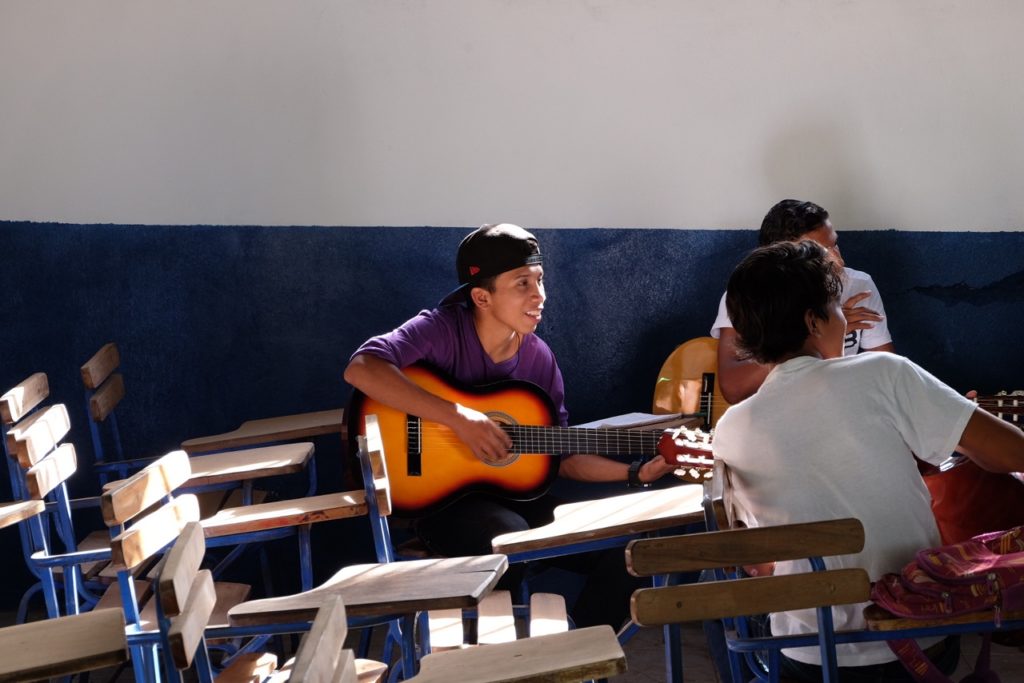 As many of you know, SWA supports various development initiatives throughout Central America. We have mainly supported and partnered with the NGO in northern Nicaragua, Waves of Hope, a community development organization that has focused lately on education. For those of you that have been to Coco Loco and participated in Waves of Hope projects, we wanted to send out a quick update! 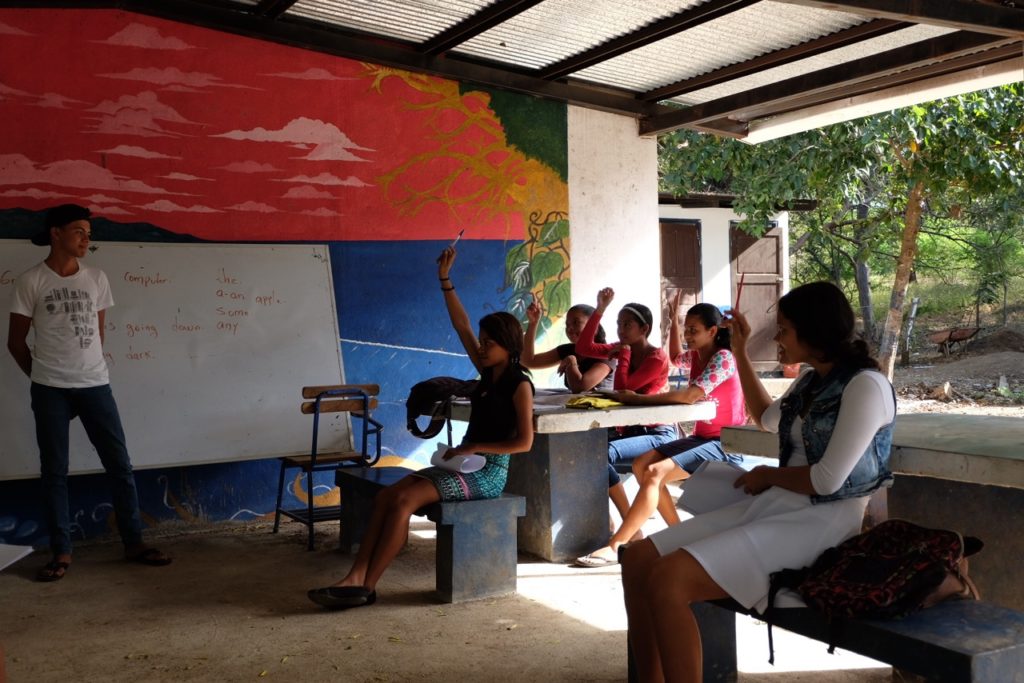 The big Waves of Hope project, the high school, was built three years ago and began with 77 students. This year, the school is up to 270 students, and the crew built two more classrooms to accommodate the higher numbers. The demand for education keeps growing, so there are plans to build two more classrooms this December/January. 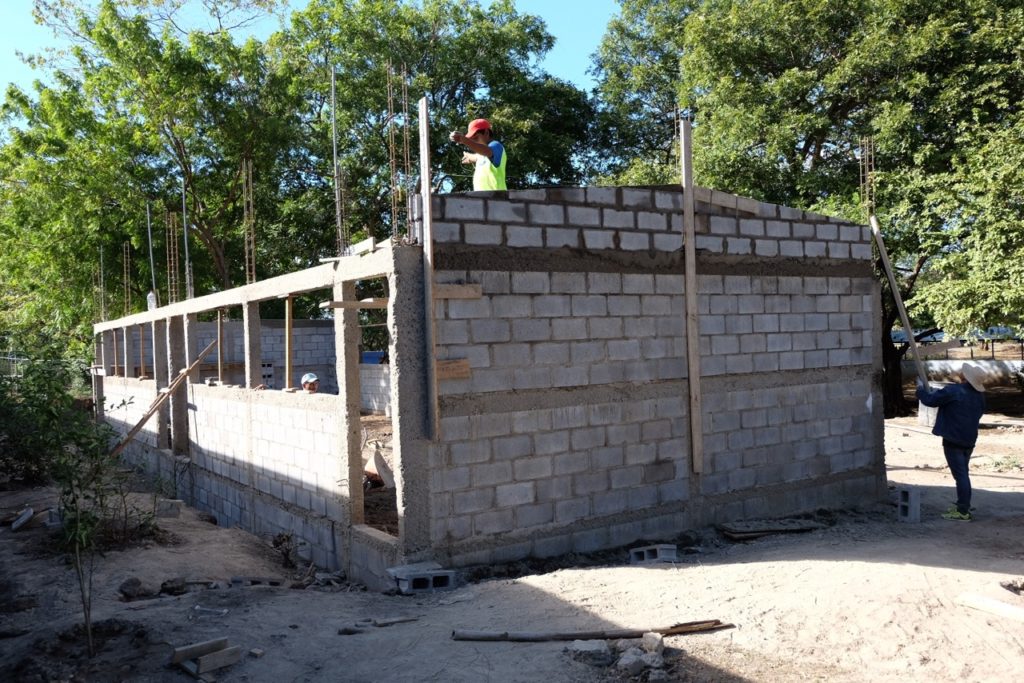 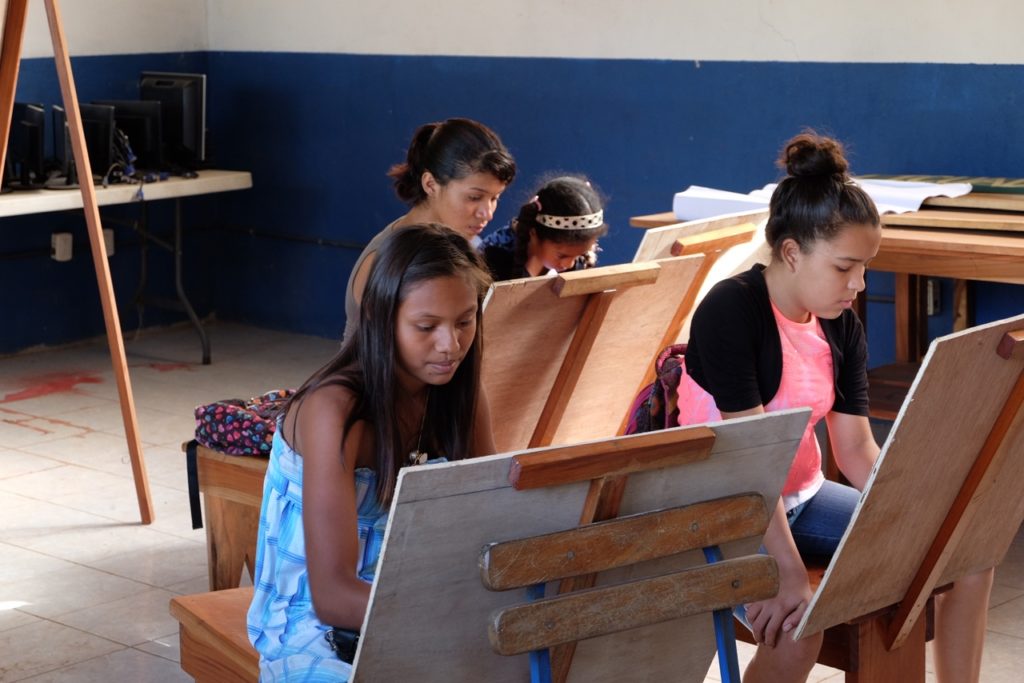 Waves of Hope also just launched a scholarship program, which sponsors 14 recent graduates pursue post-secondary schooling. The cost to sponsor a student per month is only $40. In addition, they also just launched an arts program in December that includes visual arts, guitar, music theory, and dance classes. 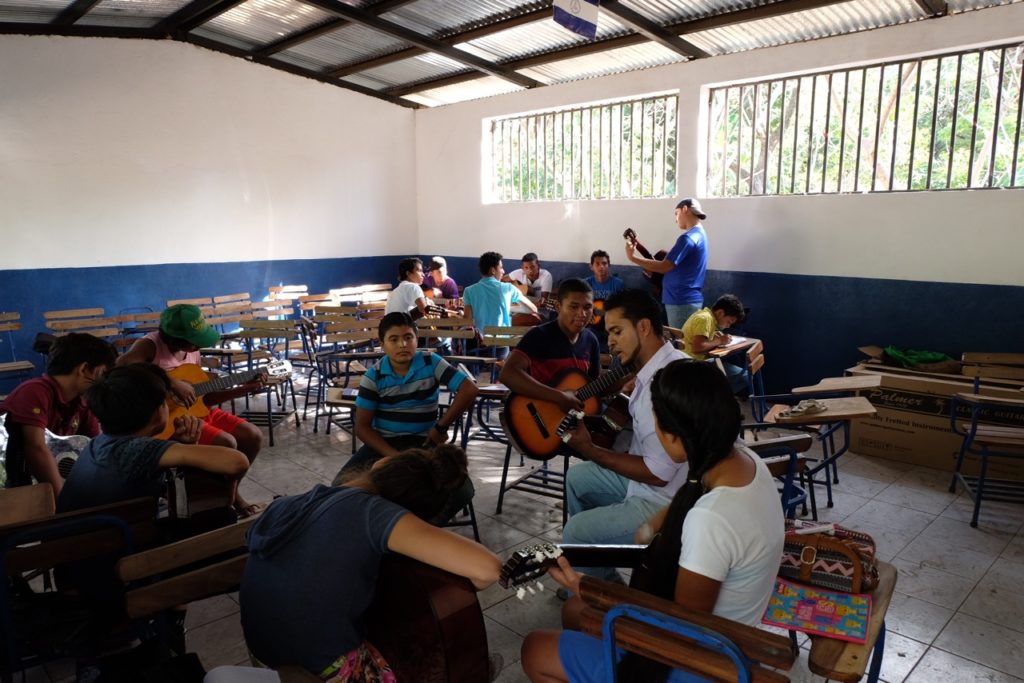 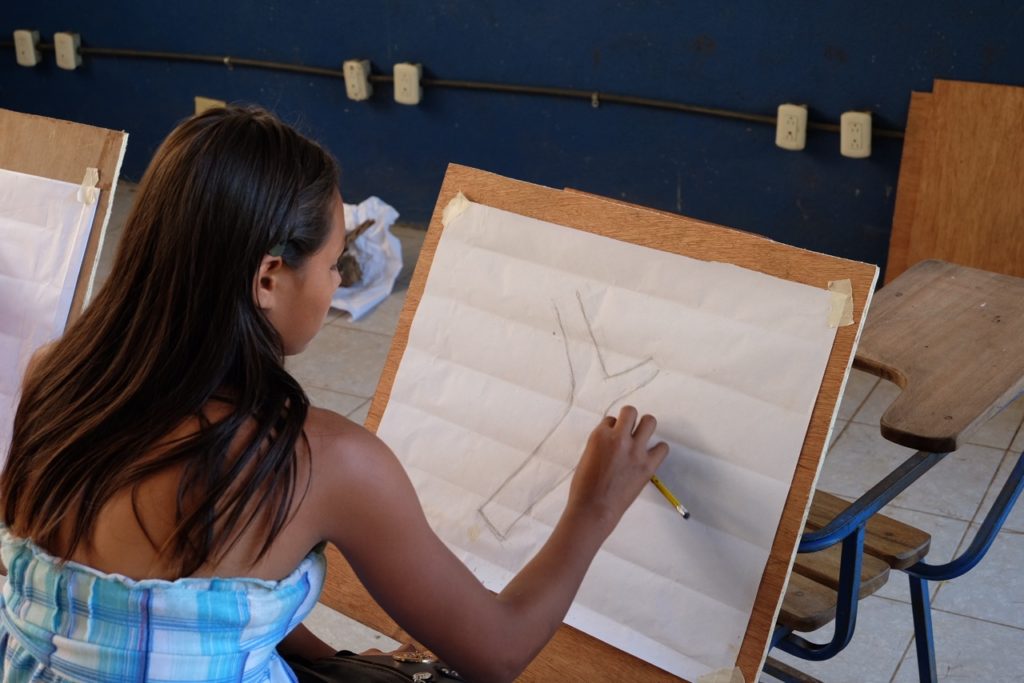 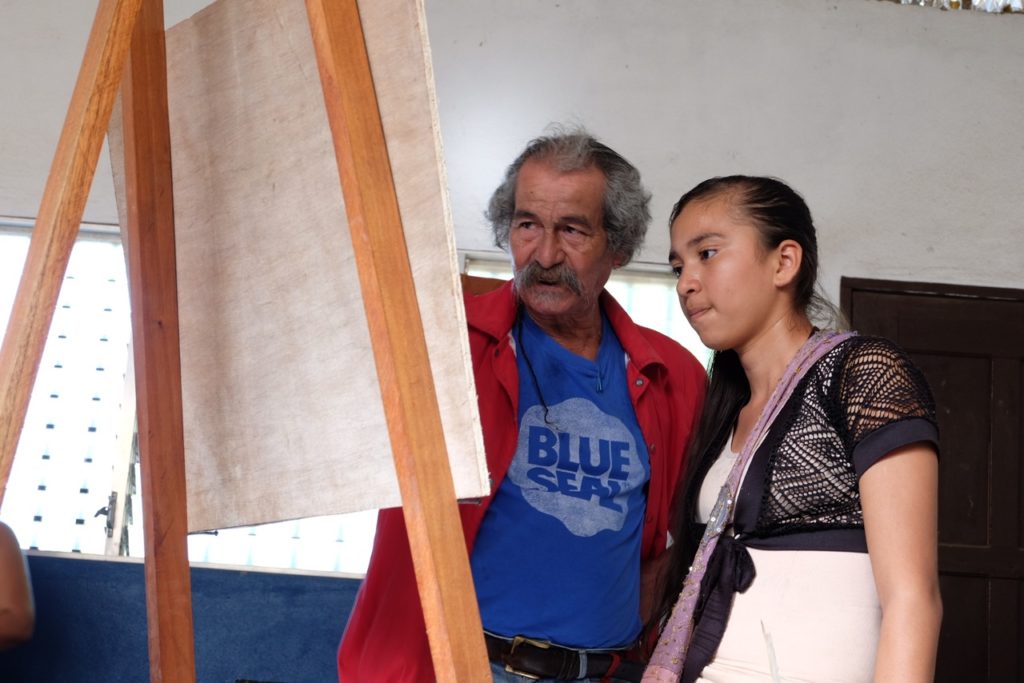 Waves of Hope and Surf With Amigas are currently (and always) fundraising to support all of these efforts- the high school expansion project, the scholarship program, and the arts program. Thank you, amigas, for your continued support. If you’re thinking donating– please remember that every dollar counts! For more information on donations click here. 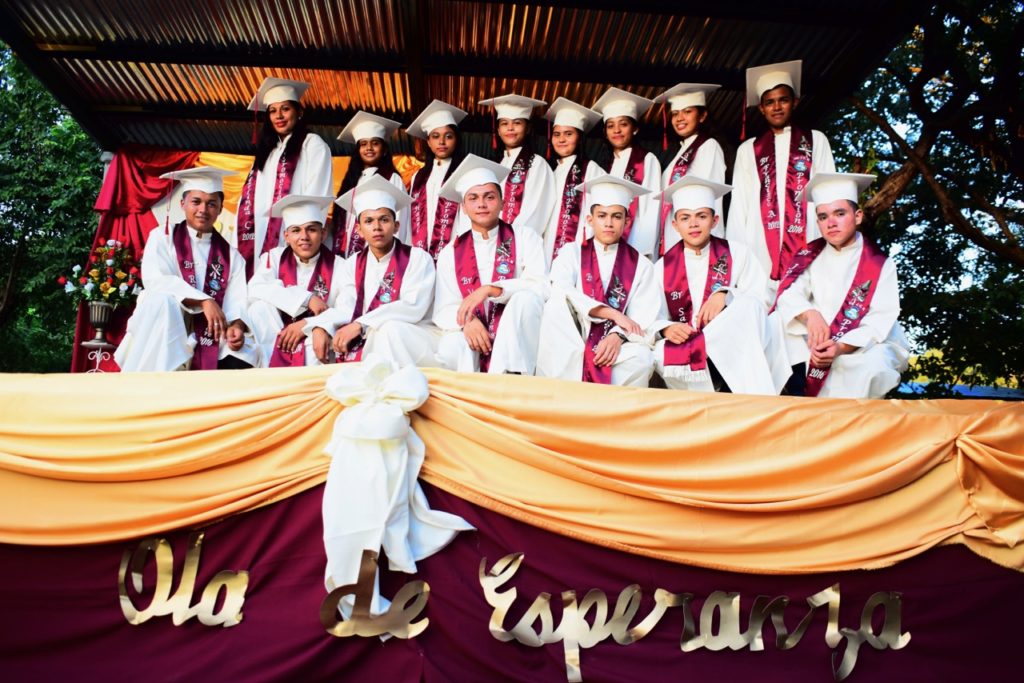 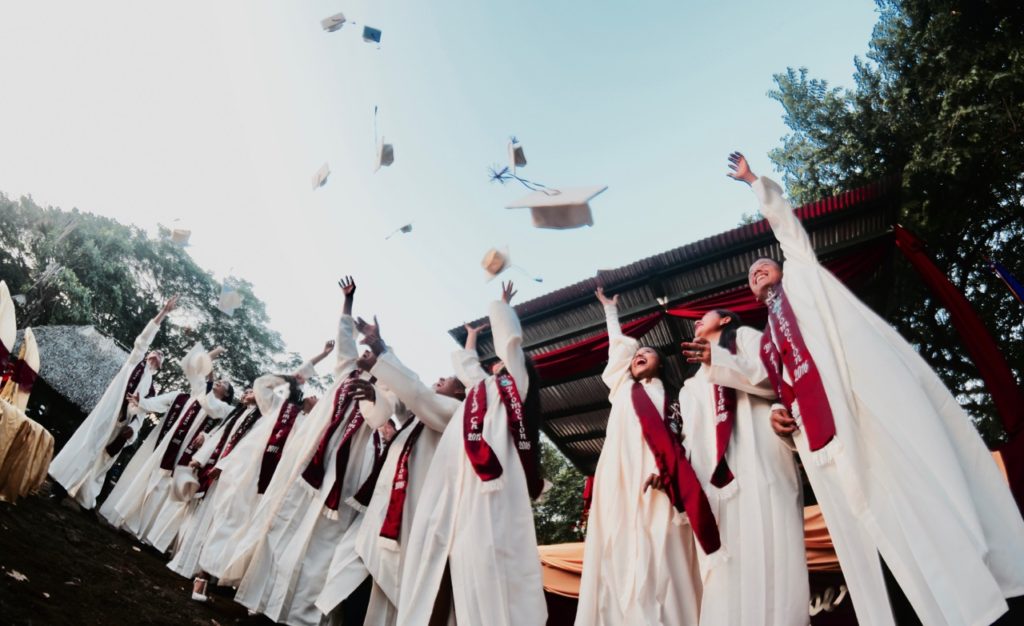 Here’s our highlight video from the week of May 23rd. Enjoy!

Sorry this took some time, but we’ve been so busy shredding in Costa Rica that video editing got pushed lower on the priority list. Without further ado, here’s the highlight video from our last retreat in Northern Nicaragua of the winter season. We’ll be back up North at the end of the May!