After a career as a professional surfer, SWA Founder Holly Beck ran off to Central America to find herself. She built Surf With Amigas (and a family) over the course of 11 years living between Costa Rica and Nicaragua. In 2021 she decided to move back to calling California home base.

The ocean was always a place holly went to escape and find healing.

Now, she’s pursuing a Master’s in Counseling on the path to become a licensed surf therapist. She’s interning with Groundswell Community Project and partnered with Jess Ripley to create and lead surf therapy programs in Southern California.

Q: What do you hope to accomplish in working with women in the world of holistic surf coaching?

A: After spending the last 12 years involved in surf coaching, i’ve realized that beyond the physical tips like looking down the line, putting more weight on the front foot, and all the other common bits of coaching advice that i’m typically giving Amigas, there is often a mental component as well. Whether it’s the un-helpful voice of our inner-critic, a fear of bigger waves, anxiety about getting in someone’s way, etc., there’s a lot going on in our heads that affects our surfing performance. I’ve been really interested in exploring that internal stuff both in my own life and then also adding it to a coaching program to create a more holistic approach to surf coaching that would be even more effective in the water, but also spill over into benefits to someone’s personal life as well.

Q: You’ve made a few big career changes in the past year. Looking forward, what are you most excited about?

A: I see it all as just continued growth and improvement. I was a pro surfer for a decade and used that knowledge of travel, adventure, and surf skills to create a business geared towards helping women travel to surf. Then in a decade of running surf and yoga retreats, I realized how powerful the empowerment component really is. It felt so good to be able to facilitate travel and adventure and then realize that Amigas were leaving the trip inspired and empowered and even going home to make positive life changes as a result. Adding a more dedicated mental health component to the surf coaching just takes that one step further. So instead of a complete career change, I see it this new step a career enhancement. I’m still super stoked to take people surfing and help them achieve their surf goals, but if I can help raise someone’s awareness of what’s going on in their heads and how that relates to their bodies, then it becomes even more rewarding because I feel like I can have a positive affect on their relationship with themselves and other people around them. Making the world a better place! lol.

Q: What has been the most pleasant surprise in your new journey to becoming a licensed surf therapist?

A: I feel like i’ve learned so much about myself that has made me a better human in the awareness of my own patterns of communication and relating to others. I have a lot more compassion for myself and those around me for sure.

A: There’s a four-week Holistic Surf Coaching program starting Jan 9, 2022, that will be a small group experience on Sundays at Trails in San Clemente, California. I’m also helping out with weekly (Thursday) meetups in Bolsa Chica!

You can find all the info here: surfwithhollybeck.com/coaching

Each time you join a SWA retreat, you help to support important projects that impact the local communities aT our retreat locations.

For several years we’ve been supporting an amazing sea turtle conservation project in Punta Banco, a small beach community in Southern Costa Rica near one of our retreat locations. The project not only helps protect turtles from environmental threats and human consumption but also provides work opportunities for locals in the community. During retreats we’ve been lucky enough to watch the organization grow and help release hundreds of baby sea turtles alongside local volunteers.

In the last 7 years the project has been completely in the hands of the local environmental commission, which is part of the Punta Banco neighborhood association. While the focus with other organizations in the past used to be “just” conservation, the project now also tries to leave a positive socio-economic impact on the village community.

The project is almost fully funded by private donations which help the organization build hatcheries and pay local volunteers. Click here to learn more about the Punta Banco Sea Turtle Conservation Project and how you can support by adopting a sea turtle nest or donating to the project.

Mamala Surf is an independent wetsuit company that’s making premium wetsuits, specifically designed for women. We had the pleasure of meeting the founder of Mamala Surf, Angela, this spring at one of our Longboard Surf House Retreats in Southern Costa Rica.

We’ve tried them, and we love them! 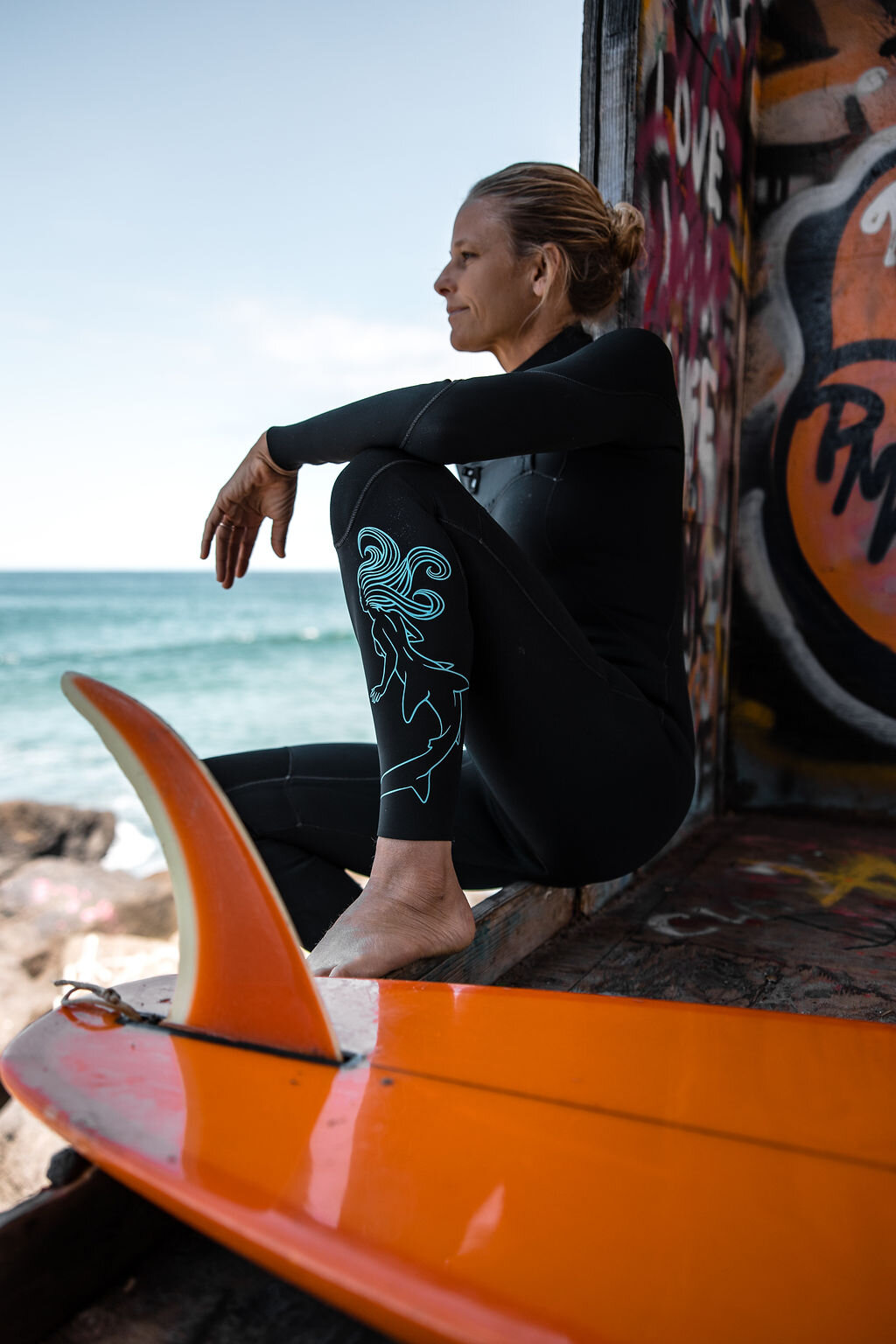 They’re lightweight, high quality, and perfect to use as your daily suit or travel suit. Most importantly, Mamala Surf wetsuits are designed for women. Sleek black wetsuits with an epic shark/mermaid logo displayed on the leg anyone? It’s a company we are SO happy to support!

Our team of surf instructors is excited to bring their Mamala wetsuits for our upcoming surf & yoga retreats in Morocco! So, keep on the lookout to see our team rocking their stylish suits in many cold-water adventures to come.

14 charging amigas + 1 super cool amigo joined us at the Northern Nicaragua retreat location for a week-long shred fest! We had a record breaking week with the most tubes ever ridden, the gnarliest waves ever taken, and the best turns ever completed. This inspiring group of surfers spent the week pushing their limits and supporting each other along the way. We can’t wait to do a retreat like this again!

Enjoy this recap of the Advanced Retreat shred-fest in Nicaragua!

Most of our retreat locations are open to surfers of ALL levels and have plenty of shortboard-able waves close by. If you’re a fellow shortboarder and feel inspired to join a retreat and level up your technique, contact us here to see which retreat might be the best fit for you!